Tolfidine Tolfenamic acid is a particularly powerful NSAID which belongs to the phenamate family. Tolfine® is a solution for injection based on tolfenamic acid developed by Vétoquinol.Aagainst many diseases in both cat and dogs: respiratory disorders, mastitis, MMA syndrome, arthritis, omphalectomy,... Its kinetics (entero-hepatic cycle) after intramuscular injection (2 mg/kg: 5 ml/100 kg) make it effective for at least 48 hours after intramuscular injection. For particularly acute infections, intravenous administration is preferred as it has a more powerful effect. It can be repeated at 24 hour intervals (2 mg/kg: 5 ml/100 kg) or given as a single injection (4 mg/kg: 10 m/100 kg). - A powerful substance : after analysing existing substances, a powerful, analgesic, antipyretic, anti-inflammatory agent was chosen: tolfenamic acid. This substance, whose anti-migraine properties are well known to doctors, was developed specifically for dogs and cats. The anti-inflammatory, analgesic and antipyretic potential of Tolfedine® was exploited in the form of tablets and a solution for injection. The range is adjusted to the animal’s weight as there are twodoses: 6, and 60 mg. These doses mean that animals can be easily treated in divisions of 1.5 or 15 kg of weight. - Fast-acting : being fast-acting, Tolfedine® is one of the leading NSAIDs for all acute indications. Switching from oral forms to solutions for injection ensures that it can be easily administered by the veterinarian at the consultation or during the animal’s hospitalisation. - Well tolerated : with regard to chronic indications, Tolfedine® has proved to be completely effective and well tolerated in day-to-day veterinary practice and in numerous long-term trials. This tolerance has been confirmed by very favourable pharmacovigilance reports over the years. Tests back up the results which have been obtained in practice by a cox 2/cox 1 selectivity ratio of 15. Elimination is not altered when the animal has renal insufficiency, nor does the dose have to be adjusted for older animals, which is a guarantee of greater safety: 4 mg per kilogram per day for all ages! - Treating pain during surgery : some operations are known to be particularly painful: osteotomy, head surgery, ovariectomy, etc.. A recent study shows that administering Tolfedine® before surgery considerably increases the animal’s comfort and, as a result, improves the animal’s return to consciousness from anaesthetics and the quality of its convalescence. - A licence for marketing the drug for dogs and cats : the veterinarian can legally prescribe Tolfedine® because of the licence applying to dogs and cats, proving that it is extremely safe to use on two species whose metabolisms react differently to some NSAIDs. 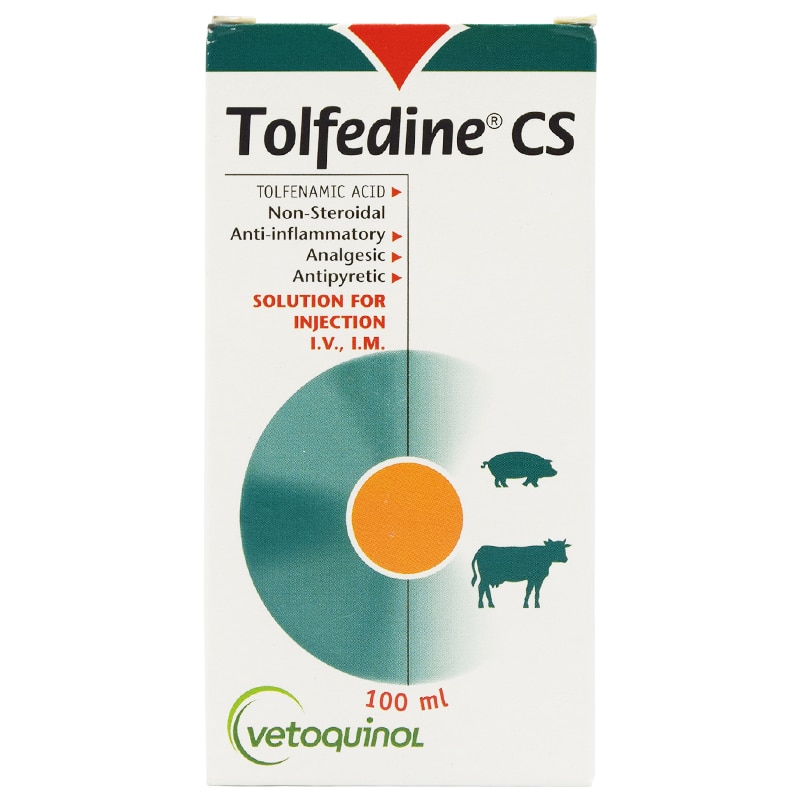 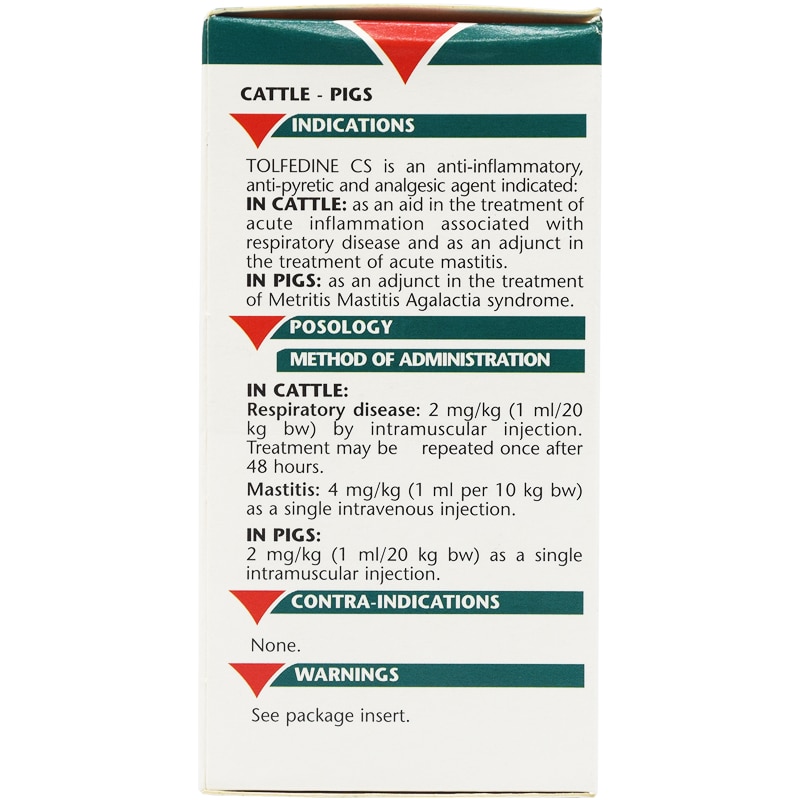 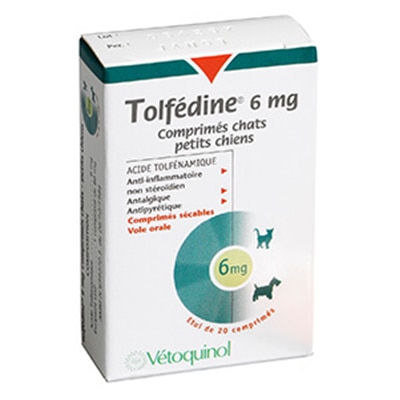 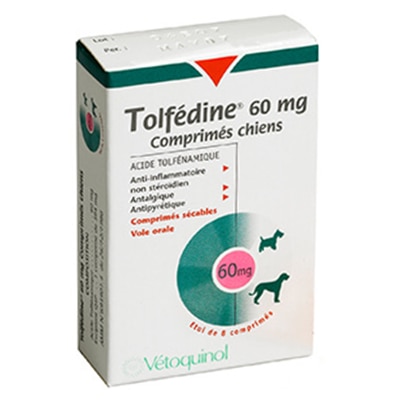 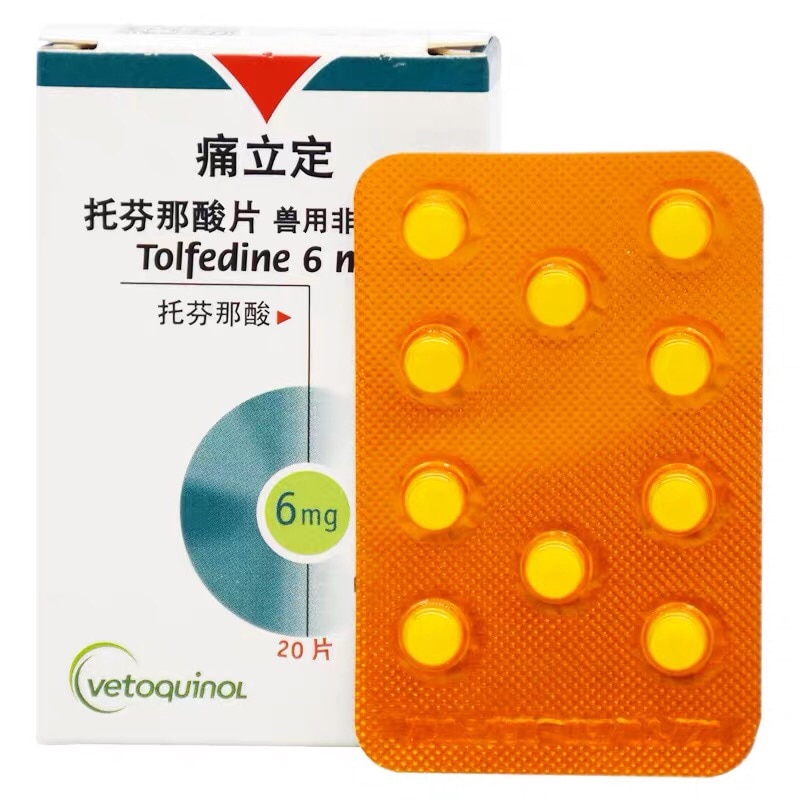 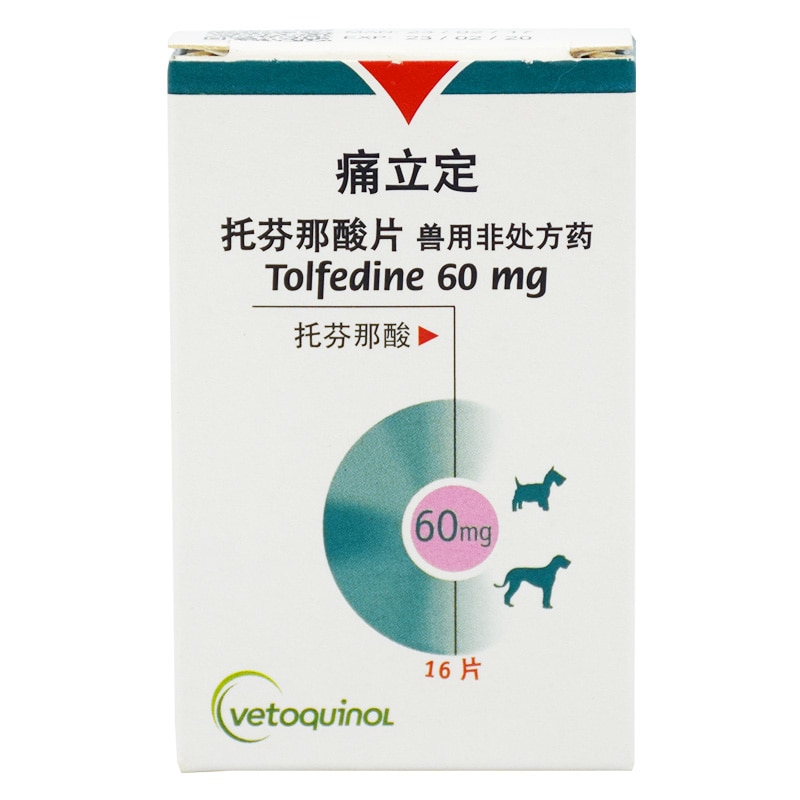 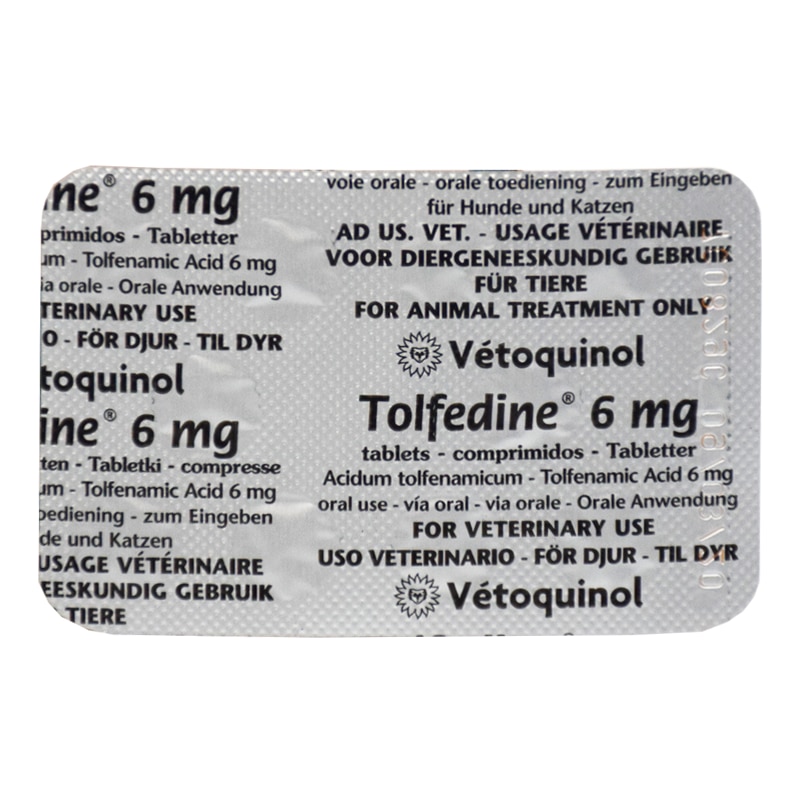